In the Game Idea series I post short descriptions of game mechanics or other game concepts. I use these posts to remember my ideas and I might come back later to build a real game based on one of these ideas. Nevertheless, if you get inspired, don’t hesitate to start your game with one of my ideas (please credit me for inspiration and show me what you’ve made, I always like to see stuff). These posts do only contain ideas though, they focus on a special aspect and lack a lot of information which is needed to make a full game. And of course there is no guarantee that using these ideas will result in good games, you have to test that yourself. 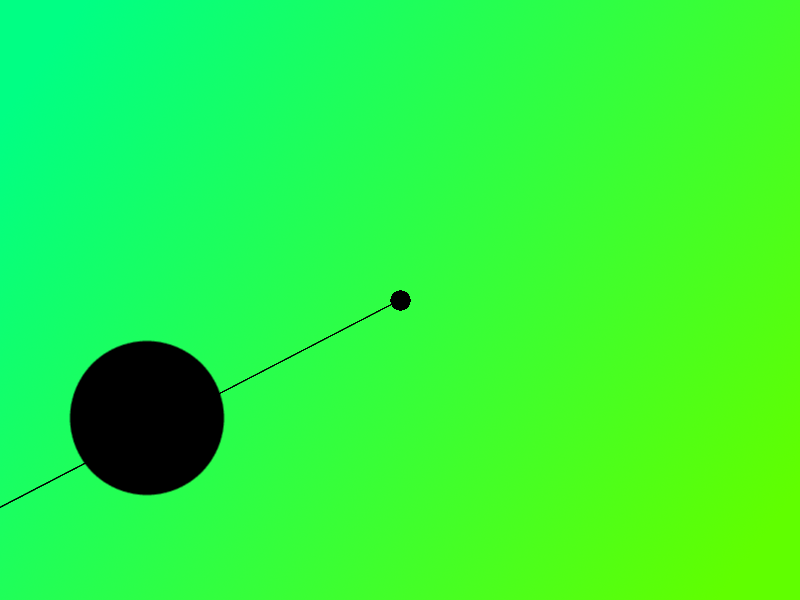 The theme of Ludum Dare 28 was “You Only Get One” (see here). Although the competition is long over, I tried to come up with a game mechanic that fits this theme.

My idea was “You Only Get One Second To Aim”. The game has only few elements as you can see in the screenshots, the most important one being the small black circle in the center. This circle pulses every second and shoots a bullet in the direction of the black beam. The player controls the beam using the mouse, the arrow keys or a touch screen and tries to aim at different targets.

Because the circle pulsates every second I named this game “Pulse”.

Another interesting kind of level would be one with several enemies moving relative to the beam. E. g. if the beam rotates 20 degrees, then one enemy rotates 10 degrees around the center, while the other one rotates 30 degrees. The player then has to find the right position of the beam, where the pulse hits both enemies in one strike.

To make the game more appealing you could add an animated and colored background and a cool pulse animation. Changing the appearance of the targets to random things like illustrated below could also make the game more interesting. And lastly, the intro and the menu should be integrated into the game like this: When you start the game, it shows “Pulse” and then “You Only Get One Second To Aim” for one second each. After that it shows the menu, which is just the normal game, but each target represents one menu item and the player has to aim at it to activate it. 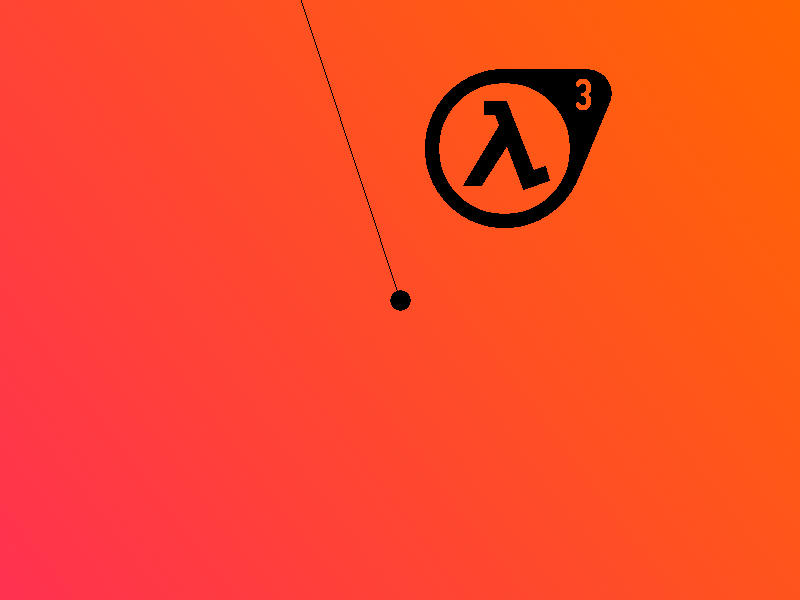