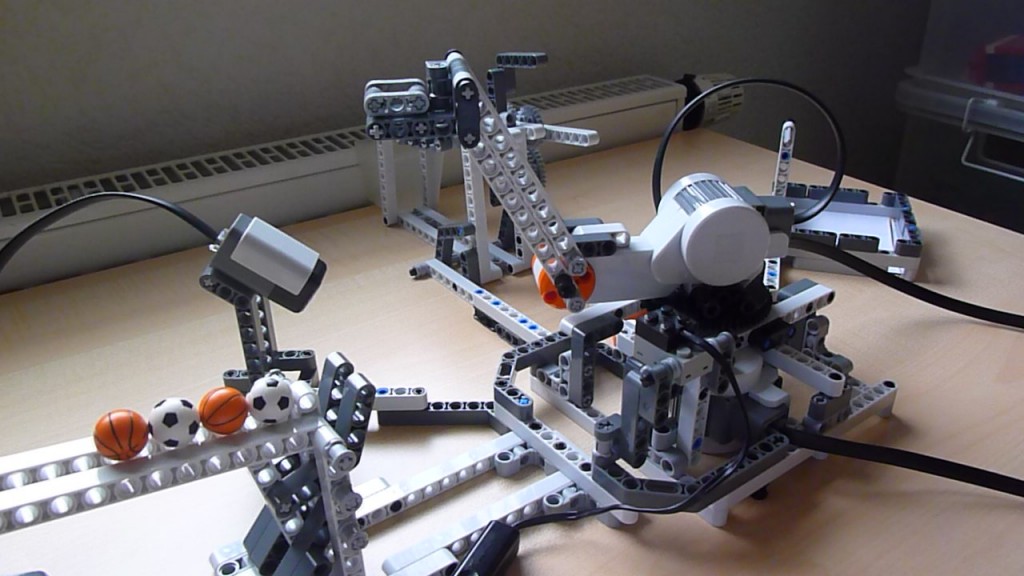 My latest NXT project is a robotic arm, which sorts lego balls. 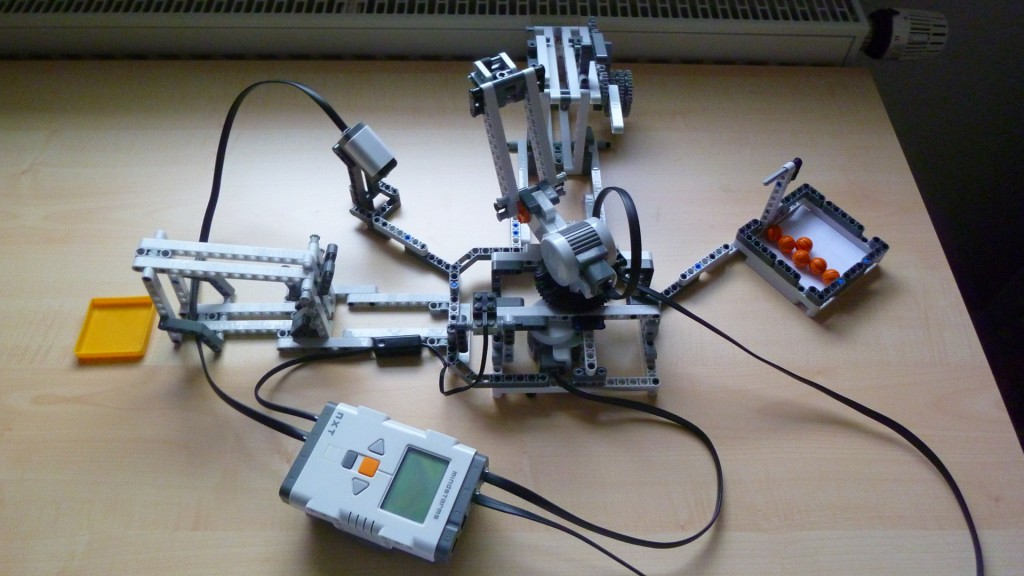 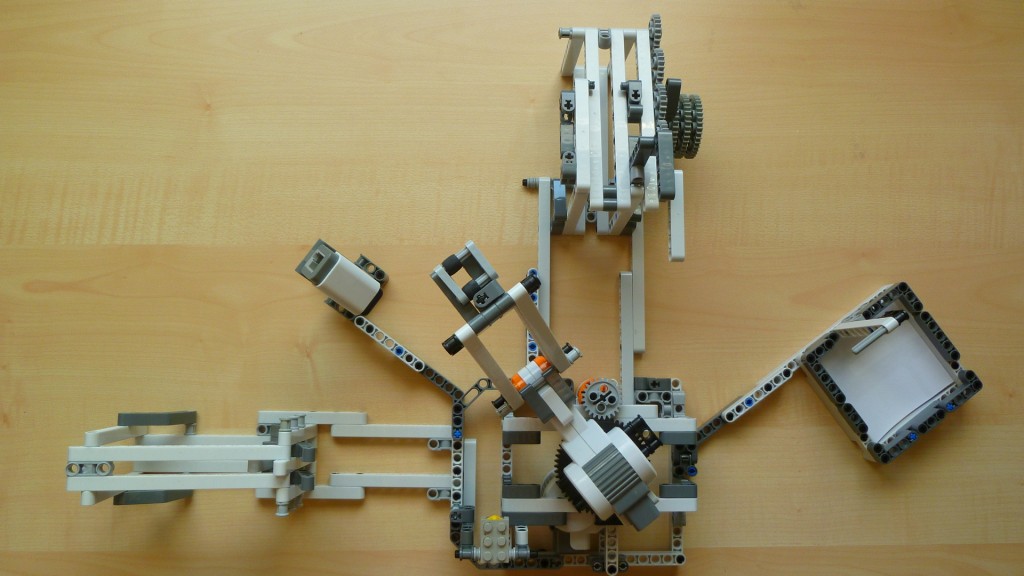 The arm can rotate and move up and down. It first grabs a ball from the dispenser, which pushes one ball from the shelf when the arm hits the beam at the front. This is done mechanically via a construction of beams.

Then the robot shows the ball to a color sensor, which detects whether it’s a soccer ball (white) or a basketball (orange).

If it’s a soccer ball, it is dropped on the soccer ball shelf using a similar principle. The robot waits until three balls are on the shelf, then it ‘flushes’: the Roboduck presses another beam, which causes the soccer shelf to release the balls into a plastic container.

After the robot dropped of the ball it starts the whole process from the beginning.